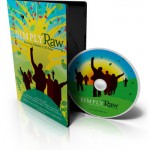 The statistics on diabetes are staggering…

If you're one of them… this film could change your life.

The incidence of diabetes has reached pandemic proportions. Those of us in the western world have a greater choice of foods available to us than ever before in history. We have access to supplements of every type and description, far more food than we need on a daily basis, yet the average person's state of health is arguably worse than any at any other time in history.

The ancient Greek physician Hippocrates, widely recognized as the “Father of modern medicine” said, “Let food be thy medicine, and medicine be thy food” way back between 460BC – 370BC. We somehow seem to have lost sight of that commonsense advice with our modern-day obsession for quantity over quality as far as our food goes. In doing so, we seem to have proven that the converse is equally true, food can be thy poison if you don't choose wisely. The good news is that by changing what you eat, you can change your health, radically.

If this sounds like something you might be interested in finding out more about, at the very least go watch the trailer now. Because if you decide to order the documentary film, right now you can get a very special price and tons of great bonuses as well. I don't have diabetes, but I found the trailer absolutely inspiring and moving. Kudos to the six brave participants who had the courage to do what so many of us secretly fear, to change their lives.

You Can Pick Up The Documentary Film “Simply Raw” And The Companion “Raw For Life” 2 Disc DVD Set By Clicking HERE!

The experiment:
Take six Americans with diabetes who've been eating a Standard American Diet (SAD). Put them on a healthy, organic, raw vegan diet for 30 days in order to reverse disease without pharmaceutical medication to see if they can reverse disease through diet alone.

Simply Raw: Reversing Diabetes in 30 Days is an independent documentary film that chronicles six Americans with diabetes who switch to a diet consisting entirely of vegan, organic, uncooked food in order to reverse disease without pharmaceutical medication. The six are challenged to give up meat, dairy, sugar, alcohol, nicotine, caffeine, soda, junk food, fast food, processed food, packaged food, and even cooked food for 30 days.

We get to see each participant's remarkable journey and the medical, physical, and emotional transformations brought on by this diet and lifestyle change. We witness moments of struggle, support, and hope as what is revealed, with startling clarity, is that diet can reverse disease and change lives.

Click Here to See the Trailer for “Simply Raw: Reversing Diabetes in 30 Days”

*Medical Disclaimer: If you are on diabetes medication, insulin, or oral hypoglycemics, please do not attempt to come off medication without medical supervision, for the approach in this film or any other approach.

The program featured in the film at the Tree of Life Rejuvination Center is most effective with diabetes type 2 but is also very effective at increasing quality of life and reducing insulin levels for diabetes type 1. The 21 day cycle at the core of this program is also a powerful modality for hyperglycemia and pre-diabetes as well as improving quality of life for those in need of rejuvenation and healing.

DISCLAIMER: The statements enclosed herein have not been evaluated by the Food and Drug Administration. The products and information mentioned on this site are not intended to diagnose, treat, cure, or prevent any disease. The information and statements found here are for education purposes only and are not intended to replace the advice of your medical professional.

6 Responses to “Cure Diabetes With Diet”