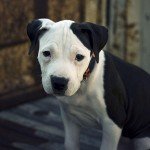 Myths About Aggression In Dog Breeds

The proverbial “don't judge a book by its cover” is difficult to apply to certain dog breeds because of statistics and news media coverage of certain types. There were 251 fatal dog attacks in the United States from 2005 to 2012, with 151 (60 percent) involving a pit bull terrier, according to statistics compiled by Dogbite.com. Another 32 (13 percent) involved Rottweilers. Keep in mind, dog bite statistics can be misleading because few are actually reported, compared to how many happen.

The truth is that any dog can be aggressive, depending mostly on how they are raised and the situation they are put in. And despite the above mentioned incidents, the most aggressive dogs by nature are the ones you'd least expect.

A 2008 University of Pennsylvania study surveyed the owners of 30 different breeds of dogs. Researchers used a system known as the Canine Behavioral Assessment and Research Questionnaire (CBARQ) to measure the response to certain stimuli. The study's goal was to determine each breeds' aggression towards its owner, other dogs and humans they were unfamiliar with. Surprising to some, Dachshunds and Chihuahuas scored higher than the average score when it came to aggression toward both humans and other dogs. The aforementioned breeds, along with Jack Russell Terriers, displayed the most serious aggression (bites/attempted bites) when interacting with humans, including their owners. Cocker Spaniels and Beagles also showed aggressive behavior towards their owners.

Researchers pointed out that the reason aggressive smaller breeds don't garner negative attention is because they cannot hurt someone as much as a larger dog. Owners of smaller breeds are far less likely to use a remote dog training collar or obedience school to correct this aggressive behavior because it is not as threatening. The Napoleon Complex for smaller breeds is real, but simply overlooked.

The findings in the study reinforces the idea that nurture plays a bigger role in aggression than nature. Rottweilers and Pit Bull Terriers, the dogs that get the most media attention for attacks, scored below average when it came to aggression toward humans, including total strangers. Siberian Huskies, Bassett Hounds, Golden Retrievers and Labradors scored the lowest in aggression.

The last thing you want to do is give a 6-year-old child a bunch of candy and soda pop at 8 p.m. on a school night. The processed sugars will act like a hard-core stimulant and have the child bouncing off walls until the high wears off. The Animal Medical Center of Southern California recommends reducing the amount of protein, while increasing fat in a dog's diet to curtail aggression. Soy and dog foods stuffed with additives and preservatives are also known to increase aggressive behavior.

Humans naturally want to be aggressive toward others who annoy them or rub them the wrong way. But generally, in the name of civility, choose not to. Dogs are much the same way. Keeping that in mind can greatly reduce potential issues when it comes to the human/canine overall relationship.